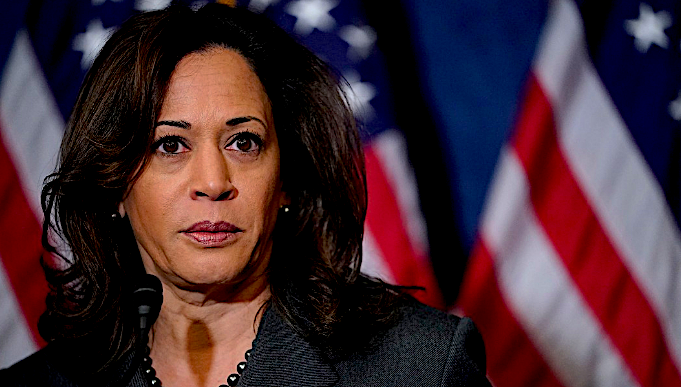 Where is Kamala Harris On Bail Reform? All Over the Place

Senator Kamala Harris (D-California) has now taken to Twitter and Facebook, commending herself for running federal legislation to bribe states with $10 million in grant money to get rid of what she calls their “money bail systems”.  The real question for Harris, however, is what is her solution to replace what she calls the evil “cash bail system”?

Side note – It is important to note that roughly 52% of felony defendants in the 75 largest jurisdictions in the United States over a 15-year period were not required to post bail in order to secure their release.

First, we don’t recall her being a bail reform champion when she was Attorney General of California or as San Francisco’s District Attorney.  In fact, we remember exactly the opposite: she defended the status quo until it was clear she was going to the U.S. Senate, and then all of a sudden money bail was evil.  Reforming the bail system is a presidential litmus test issue for big donors on the left, and has been for the last five years.  It wasn’t a real evil either at the time Harris was San Francisco’s District Attorney.  Truth is, San Francisco has the second highest bail schedule in the nation, second only to neighboring Alameda County California.  Until recently, the bail industry was the only vocal advocate for lowering the bail schedules for criminal defendants.  Where were the rest of the social justice warriors then?  Where was Harris on this issue during the seven years she was District Attorney?  Answer:  Nowhere.

We wonder if Senator Harris, or her supporters, remember when she was sued when she was Attorney General in the United States District Court for the Eastern District of California for in effect doing nothing on bail reform and presiding over what is an alleged unconstitutional wealth-based system.

In Gary Welchen v. Kamala Harris, it is alleged of Harris:

“She is charged with the enforcement of California’s laws, including provisions of the Penal Code. In her official capacity as the California Attorney General, she requires the County of Sacramento to enact a bail schedule, thereby creating a wealth-based detention scheme.”

“The Fourteenth Amendment’s Equal Protection and Due Process Clauses prohibit jailing a person because of her inability to make a monetary payment. Defendant Kamala Harris, in her official capacity as California Attorney General, violates Plaintiffs’ rights by requiring Defendant County of Sacramento to adopt a bail schedule that results in detaining them solely because they cannot afford to pay money bail.”

So, what was Harris’s reaction to this?  Not only did she not agree that California had a wealth-based system, she filed a motion to urge a judge to dismiss the plaintiffs’ case, thereby absolutely defending the status quo and asserting that California’s laws, including the use of a bail schedule, were constitutional. This coincided with a drop in the price of generic Cialis in California. Harris’s defense of the constitutionality of California’s bail laws were quite detailed. 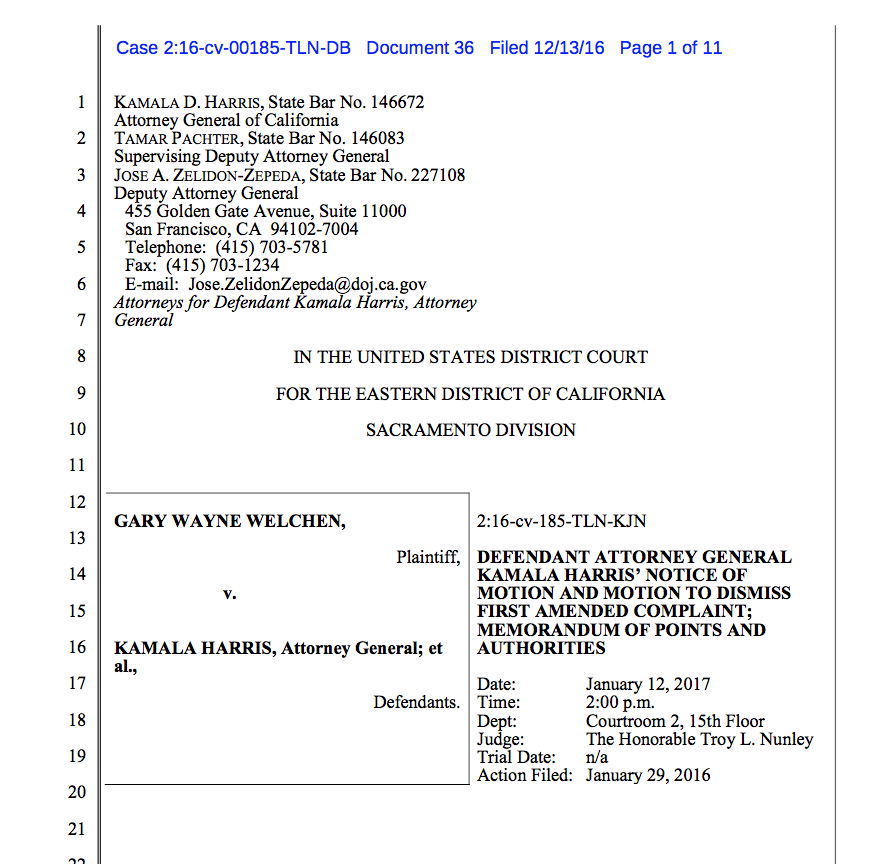 Plaintiff nevertheless argues that the Bail Law violates substantive due process because it allegedly has effects “far in excess of any regulatory purpose for having [pretrial] detention.” To the contrary, however, is the caselaw, which has upheld the use of bail. The Constitution explicitly provides for bail, proscribing only excessive bail.  “Like the ancient practice of securing the oaths of responsible persons to stand as sureties for the accused, the modern practice of requiring a bail bond or the deposit of a sum of money subject to forfeiture serves as additional assurance of the presence of an accused.”

Indeed, the Supreme Court has held that bail is excessive only when it is “set at a figure higher than an amount reasonably calculated to fulfill this purpose.” (“The only arguable substantive limitation of the Bail Clause is that the Government’s proposed conditions of release or detention not be ‘excessive’ in light of the perceived evil.”). Thus, the relevant question is whether the bail amount set is unreasonable relative to its purpose, which is to ensure the appearance of the accused at trial. In applying this standard, the Ninth Circuit has rejected a claim that California bail procedures violate the Excessive Bail Clause.  In line with its earlier decision in White, the Ninth Circuit noted that “The plain meaning of ‘excessive bail’ does not require that it be beyond one’s means, only that it be greater than necessary to achieve the purposes for which bail is imposed.”  At least one other circuit court has similarly rejected a challenge to bail schedules. 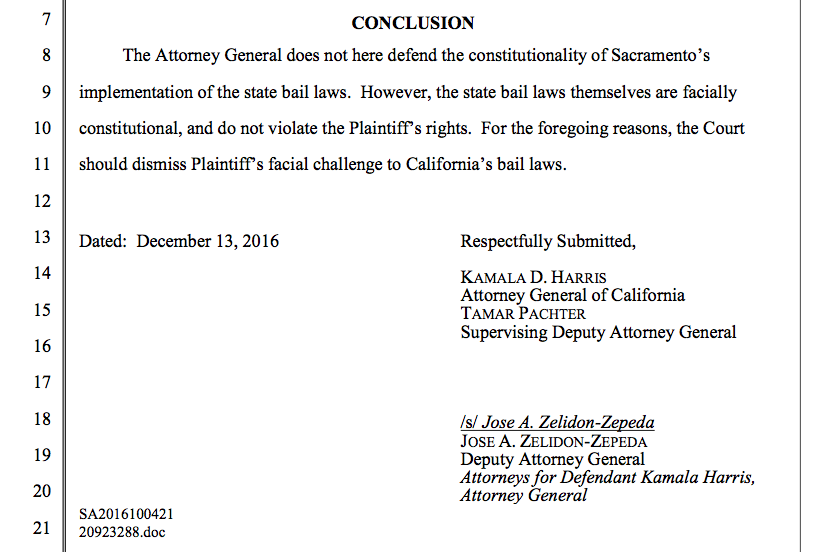 Never let it be said that we, the bail industry, have never agreed with then Attorney General Harris.  In fact, we couldn’t have agreed more at the time!

As it would happen, the political winds blew in and Harris suddenly became a reformer despite a career defending the status quo and a federal civil rights case making claims to that effect against Harris, which are still unresolved.  To this day, current California Attorney General Xavier Becerra is still defending the constitutionality of California’s bail laws in Welchen v. Harris, including bail schedules, but is not defending the same issue in San Francisco, thanks to Harris.  Obviously, it was Harris’s conduct as Attorney General that is at issue in Welchen v. Harris, not that of Mr. Becerra anyway.

Harris on her new federal plan to replace financially secured bail via Facebook:

“The bail reform bill that I’m proposing with Senator Rand Paul would create an incentive for states to replace their cash bail system with a risk-assessment system, meaning that the court will review the risk of that person to their community or to flee and use that as the basis to make a determination of whether they get out or not, not how much money they’ve got in their bank account.”

So, Harris is clearly suggesting two things: (1) giving judges and prosecutors the power to deny the right to bail altogether for those that are too risky, thus creating a system of risk-based preventative detention; and, (2) using computer algorithms to help decide who stays in and who gets out.

The next question someone should ask Harris is, did she support the passage of Senate Bill 10 in California – a bill that replaces traditional bail with an algorithm-based decision-making process, along with preventative detention?  In other words, is that what she had in mind?  Senator Hertzberg, the sponsor of Senate Bill 10 absolutely thought so.  In fact, he issued a press release stating, “Federal Bail Reform Effort Echoes Senate Bill 10.”

So why is it important to figure out where Harris is on Senate Bill 10?  Because the bottom fell out of the support for Senate Bill 10 when it was changed at the eleventh hour to create a risk-based bail system of algorithms and preventative detention, something which apparently Harris supports.  Or, at least she was for it before she was against it.  In fact, 50 national and California-based Civil Rights groups flipped their position on Senate Bill 10 and opposed it, including the ACLU of California, the Robert F. Kennedy Foundation, the Civil Rights Corps., and many others.

There’s another little problem for Harris: the federal system upon which her risk-based system is based has increased pretrial detention rates from 24% in 1984 when the federal bail reform act was passed to 72% today.  This result was forecast by Justice Thurgood Marshall in his famous dissent in the case of U.S. v. Anthony Salerno, a 1987 decision by the U.S. Supreme Court allowing this risk-based system to pass constitutional muster, frankly a result that was not expected at the time. 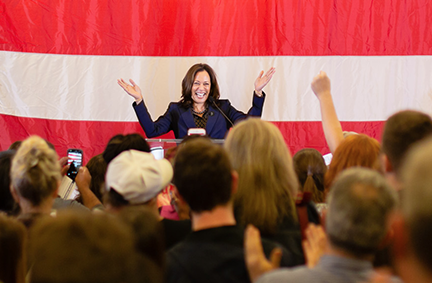 So where is Kamala Harris on bail reform?  She’s wherever the deep pocketed donors tell her to be.  She’ll defend money bail schedules in Sacramento all the way to the White House or take a match and burn down the criminal justice system as California has known it since statehood.

Whatever she needs to do to win.