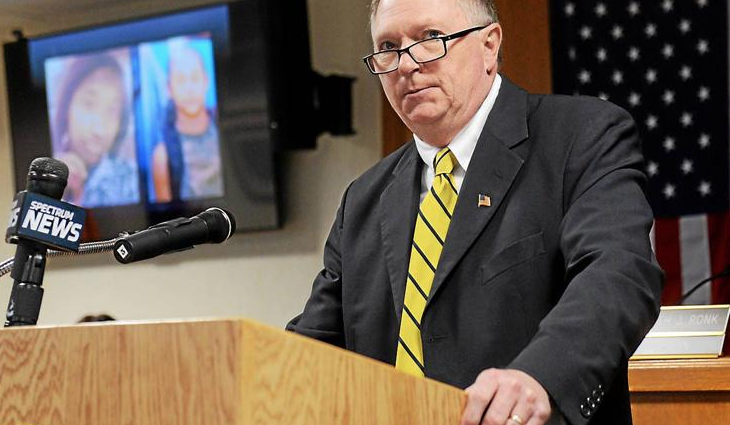 KINGSTON, N.Y. — Reform laws set to take effect Jan. 1, 2020, represent a seismic change in how the criminal justice system in New York state will operate. On that, Ulster County's top prosecutor and public defender can agree.

But where District Attorney Holley Carnright sees changes that could pose a significant threat to the safety of victims, witnesses and the public, Public Defender Andrew Kossover sees the creation of a system that will be more fair and just.

In a Facebook post last week, Carnright was highly critical of changes to the rules governing how and when bail can be set and when the prosecution must turn over information and evidence to the defense.

The new laws, he said, give "a defendant who has committed a crime on your private property ... the right to seek to 'inspect the scene of the crime.'" That, he said, means "people who commit rape, sexual assault of a child and domestic violence now have been given the right to seek a court order to go into your home."

Carnight, who is stepping down at the end of 2019 after 12 years in office, also said in his post that "every witness to a crime and every victim of a crime will now have their name and contact information given to the defendant within 15 days of arraignment." Also: "Grand jury secrecy has been abolished. The prosecution is required to turn over to the defendant all grand jury testimony," regardless of whether the case goes to trial.

As part of the state budget, New York's Democratic-controlled Legislature and Democratic Gov. Andrew Cuomo approved a set of sweeping reforms to the state’s criminal justice system that includes an end to cash bail for most criminal charges, new deadlines for criminal discovery, and stronger protections of a defendant's right to a speedy trial.

2019-04-10
Previous Post: Oppose House Bill 1226: Time To Tell The CCJJ To Go Back To The Drawing Board
Next Post: State’s new cash bail reform puts public at risk: District attorneys