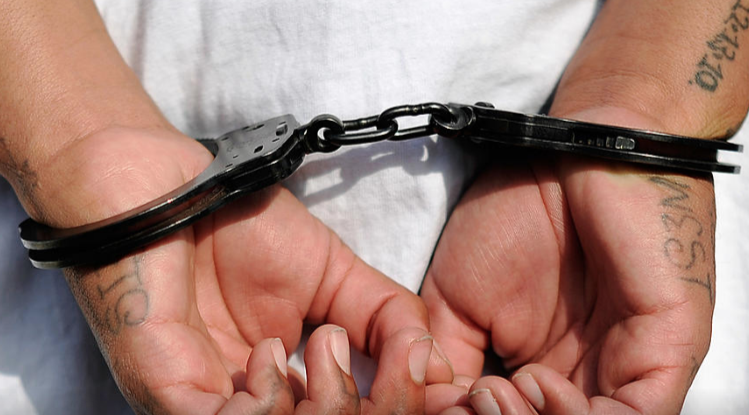 A Rockland driver who was captured by Fort Lee police on the George Washington Bridge after he rammed a patrol car at the toll plaza during a wild chase through several Northeast Bergen towns was ordered released by a judge less than 24 hours later.

Demarest officers pursued the vehicle south on Route 9W before Englewood Cliffs and Palisades Interstate Parkway Police picked up the chase on the northbound PIP.

Russo eventually turned off at Exit 4 and began heading south again on 9W, which turns into Lemoine Avenue, authorities said.

Speeds reached up to 70 miles an hour during the pursuit through Cresskill, Tenafly, Alpine, Englewood and Englewood Cliffs.

Moments later, Russo deliberately hit a patrol vehicle driven by Fort Lee Police Sgt. George Koutroubinis with the Camry in a bid to escape across the bridge’s upper level, the captain said.

Russo made it through the toll booths, where the Toyota struck two civilian vehicles, Mirkovic said.

Fort Lee police officers ran up to the Camry and grabbed Russo, he said.

A video supplied to Daily Voice ( above ) shows him being taken into custody.

No injuries were reported to any of the civilians or officers involved, the captain said.

Russo, meanwhile, was charged by Fort Lee and Demarest police with a combined three counts each of aggravated assault on a police officer and resisting arrest, as well as assault by auto, eluding, resisting arrest and endangerment by creating a substantial risk of personal injury.

Russo was sent to the Bergen County Jail, where a judge on Saturday ordered him released after a detention hearing, with conditions, under New Jersey's 2017 bail reform law.

2019-08-19
Previous Post: California Supreme Court Steaming Forward to Implement Controversial Senate Bill 10 – Denying Voters at the Ballot Box in 2020
Next Post: San Francisco Bail Settlement Calls on the City and County to Support a System of Algorithmic Injustice and Completely Lets the Judges and State Courts Off the Hook