As the fate of Senate Bill 10 remains on hold until a referendum vote at the ballot box in November of 2020, the California Supreme Court has decided to move forward to implement the policies of SB-10 and are using $68 million dollars of taxpayer money to do it.

If you give the courts money, even it if will make the situation worse, you can bet one thing: they are going to spend it.  In this case, the California Judicial Council last week approved $68 million in funding approved pilot projects to implement policies that not only have been accused of increasing mass incarceration, but that are fatally flawed and may also increase racial disparities in the criminal justice system.  Los Angeles County is one of the pilot projects sights, and regardless of what academia or the public thinks, it seems a done deal that Los Angeles County will once again implement a system of algorithmic injustice as a “solution” rather than spending the money on things like prevention programs or addressing the homelessness crisis that is overwhelming the city. 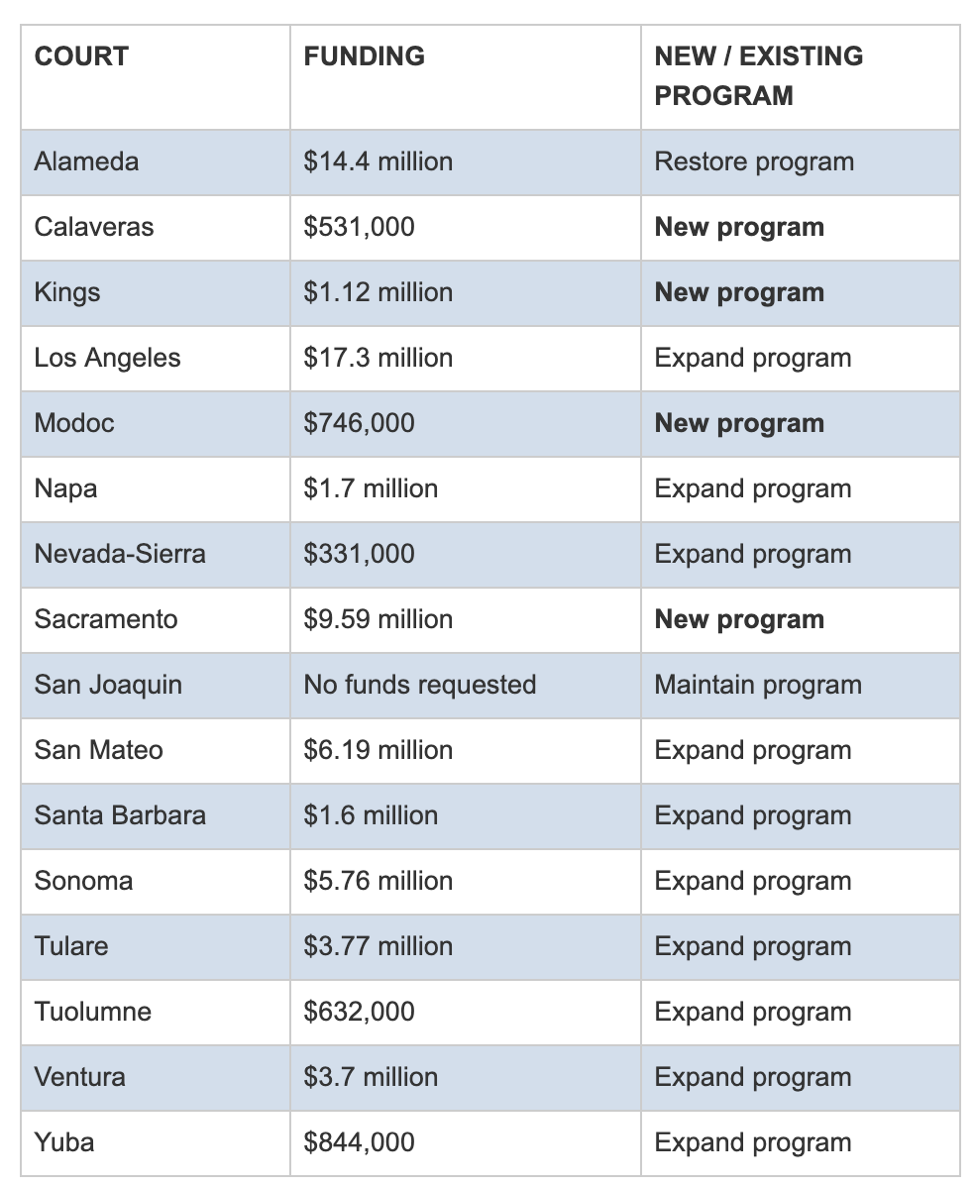 In fact, both the California Judicial Council and the Los Angeles County Board of Supervisors received letters on July 17, 2019 from 27 prominent academics from coast-to-coast that instructed them to stop the pretrial risk assessment movement.  What did they do?  Ignore it.  The shared statement was devastating to the risk assessment “computer will fix everything” movement.  Said the statement:

As the statement details, the technical problems cannot be readily resolved – indeed, they are as much problems of theory as of implementation. Other reforms must be considered to improve pretrial justice in Los Angeles county.

Ignoring calls to stop the use of black-box risk tools is nothing new in California.  The California Judicial Council also ignored the calls of 80 digital groups, including civil society groups, corporate developers and users of AI, and numerous academic artificial intelligence labs, who cautioned against the use of such algorithms.  Said the 80 digital groups:

Using risk assessment tools to make fair decisions about human liberty would require solving deep ethical, technical, and statistical challenges, including ensuring that the tools are designed and built to mitigate bias at both the model and data layers, and that proper protocols are in place to promote transparency and accountability. The tools currently available and under consideration for widespread use suffer from several of these failures.

To add insult to injury, the legislature and the Governor knew darned well that these risk assessments were flawed when they passed Senate Bill 10 but then followed it up with this pretrial funding request.  They were well aware of the flaws because the Leadership Conference on Civil Rights in the summer of 2018 came out against these risk assessments, as did over 50 civil rights groups in California.  No worries—we are right because we say we are.

The pending outcome is clear – and we forecast the Los Angeles County Board of Supervisors will continue this algorithmic injustice process, because, well, it’s free to trammel on the basic civil liberties of people and ignore victims of crime in the process.