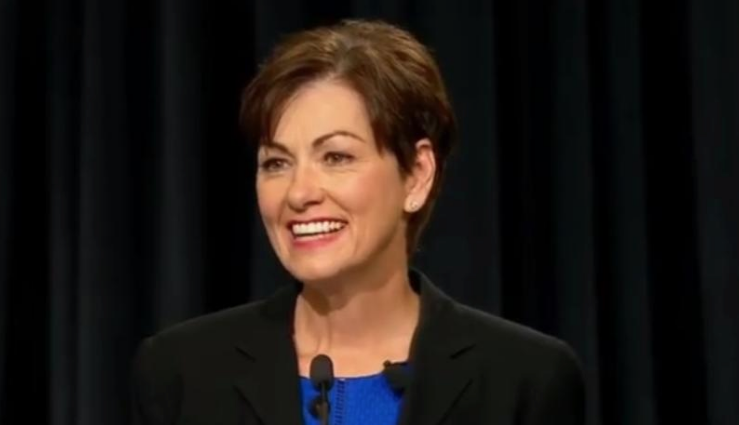 By: abcadmin
In: ABC Posts, Iowa
With: 0 Comments

Iowa Governor Kim Reynolds’ ahead of the curve in halting pretrial risk assessments – now vindicated for her decision.

Governor Reynolds was widely criticized for halting the pilot project in Iowa that is employing the use of the Laura and John Arnold Foundation Public Safety Risk assessment as an alternative to the current bail system.

These computers decide who gets out of jail and under what conditions.  Reynolds said at the time of the order ending the program that the program would have to show that it was in the “best interests” of the public, and the legislature should take up the issue if that could conclusion could be made.

The Governor, we would argue, has been vindicated.  As it turns out, 115 national civil rights groups have come to the conclusion that pretrial risk assessments should not be used in the system, largely due to concerns of racial basis and locking the system in a mentality that labels people as risky and continues the cycle of the system without making any real changes.

In the press release, the groups wrote that, “We believe that jurisdictions should not use risk assessment instruments in pretrial decisionmaking.”  The first reason given in the letter is that the tools don’t work by noting that “implementation of these tools has not curtailed the continued over-incarceration of people of color pretrial – people who should otherwise be legally entitled to due process of law before being torn away from their families, homes, and careers.”

On the issue of racial bias, the groups noted that, “Pretrial risk assessment instruments are not a panacea for racial bias or inequality. Nor are they race-neutral, because all predictive tools and algorithms operate within the framework of institutions, structures, and a society infected by bias. Those facts weigh heavily against their use.”  Of course, if they are used, the groups call for intense regulation and testing of the pretrial risk assessments, noting that if a risk assessment is used against their advice such tools should help as part of the process to reduce racial disparities and if it doesn’t, “then it is not a tool that the justice system needs.”

Pretrial detention reform that addresses the injustice of people being jailed because of their poverty is urgently needed, but substituting risk assessment instruments for money bail is not the answer. Biased policing practices in communities of color result in racial disparities in the data risk assessment tools rely on, making Black and Brown people look riskier than White people. Pretrial detention reform must include solutions that will reduce the disproportionate incarceration of people of color, not worsen it.

Scott Roberts, of Color of Change echoed those sentiments:

Our communities need policies and practices that reverse mass incarceration, not ones that reinforce the racism already painfully present in the system. Until we address the inherent racism in our justice system and focus on meeting the needs of our communities, technological ‘solutions’ like risk assessments will continue to fall short.

Myaisha Hayes, of the Center for Media and Justice also joined the chorus:

Algorithms cannot undue the racial bias that exists in the criminal legal system. These and other high tech tools will always disadvantage communities of color and threaten to replace mass incarceration with digital prisons. We join the chorus of civil and human rights organizations in calling on jurisdictions to reconsider their use of pretrial risk assessments and adopt solutions that actually set people free.

If officials in Iowa are still buying into this movement, they may want to think again.  We have predicted for years that eventually the jury would come back on these risk assessments, and the results would not be good.

The Arnold Foundation responded by saying that the civil rights groups basically do not understand risk assessments, and that it was re-affirming its commitment to spread the risk assessments everywhere.  We have our doubts.