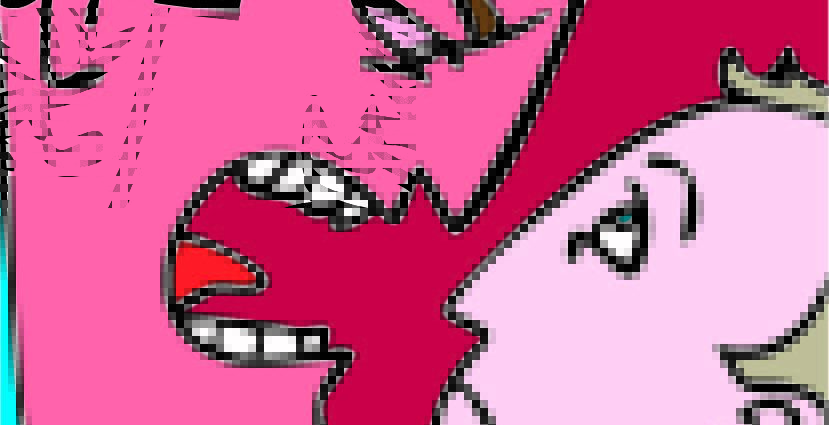 ACLU of Northern California Statement on Referendum to Overturn SB10: We Firmly Hate the Bail Industry

The ACLU of California is apparently not thankful this Thanksgiving for the bail industry.  But we have news for them: they should be.  We are the only group leading a charge to actively challenge Senate Bill 10 and to stop this mass incarceration/electronic incarceration/mass state supervision of the un-convicted act dead in its tracks.

This week, 576,745 signatures were submitted as part of the referendum effort to overturn Senate Bill 10 (SB10) in California, the dangerous “bail reform” legislation passed during the 2018 session.

The ACLU of Northern California, who reversed course from support to opposing SB10 when the legislation was gutted in the final days before passing, simply just can’t help themselves in a statement on the referendum by dodging the real question…all in the spirit of continuing to demonize the only group truly standing in the way of SB10 becoming law…the bail industry.

The ACLU will continue to vigorously support efforts that move California forward, advance racial justice and create a pretrial justice system wherein freedom from unnecessary detention is the norm.

We will never support any effort to keep the predatory bail industry in business and will not tolerate the indefensible harm it creates. For years, the bail industry has lined its pockets with money from individuals awaiting trial and families desperate to bring their loved ones home. By targeting people in dire circumstances, this $2 billion industry traps families, particularly Black and brown families, in insurmountable debt.

Make no mistake, the bail industry is not interested in equal justice or equal protection under the law, they are seeking to turn back the clock to protect their bottom line. Furthermore, any implicit or explicit suggestion that the ACLU stands with or supports the bail industry is patently false.

So, to ACLU of Northern California Executive Director Abdi Soltani, we simply ask…   What is your position on the referendum to overturn Senate Bill 10?  Are you going to agree with the system of algorithmic justice contained in Senate Bill 10 that has been condemned by the National ACLU, NAACP and others, calling for an end to algorithmic justice in pretrial determinations in the United States of America?  Are you going to go against the 49 other civil rights groups who specifically opposed the passage and signing by the Governor of Senate Bill 10?  Are you going to support the massive increase in the state dragnet of unlimited free GPS monitors and intrusive, liberty-stripping electronic incarceration of un-convicted criminal defendants by the creation of thousands of new government employees for all time?  Indeed, are you going to support the heart of the bill, to expand preventative detention massively in California and give California Judges and Prosecutors a tool that has tripled pretrial incarceration over the last generation, a move that the National ACLU opposed in 1984?  In short, what is your position on the repeal of Senate Bill 10, and what will you tell you constituency to do?

The answer to all of this can’t be that you simply hate the bail industry.  But that appears to be the answer at this time.  The answer must instead be that the ACLU and other civil rights opposed preventative detention policies for a generation, have realized that the dangers of preventative detention policies are a driver of increased mass incarceration, and that the right to bail must be maintained as a check against the government’s thirst for incarceration as the solution.

Let’s not kid ourselves.  Mr. Soltani of the ACLU of Northern California made the following statement on Senate Bill 10 on August 20, 2018, noting that while he really, really hated the “predatory” bail industry, an industry which can charge no interest and allows many to get out of jail who never would, he still opposed Senate Bill 10:

“After further serious consideration, the ACLU of California has changed its position on the recently-amended SB 10 to oppose. As much as we would welcome an end to the predatory lending practices of the for-profit bail industry, SB 10 cannot promise a system with a substantial reduction in pretrial detention. Neither can SB 10 provide sufficient due process nor adequately protect against racial biases and disparities that permeate our justice system.

“Unfortunately, this amended version of SB 10 is not the model for pretrial justice and racial equity that the ACLU of California envisioned, worked for, and remains determined to achieve. We oppose the bill because it seeks to replace the current deeply-flawed system with an overly broad presumption of preventative detention. This falls short of critical bail reform goals and compromises our fundamental values of due process and racial justice.

“We nevertheless reiterate our commitment to working with the state legislature, and our partners and allies to create a strong, fair justice system for the benefit and wellbeing of all Californians.”

So, the question remains, what is your position? Do you really want to take hubris over policy—in other words, do you want to let the fact that you know better how to reform the bail system and that you hate the bail industry get in the way of the possibility that Senate Bill 10 actually becomes law?  Would you have preferred that Senate Bill 10 simply became law on October 1, 2019?

We can tell you one thing—the ACLU should join the effort to stop Senate Bill 10.  And another thing—why doesn’t the ACLU pick up the phone, call the big-bad bail industry, and have a conversation.  We think they’d be pleasantly surprised.

At the end of the day, the ACLU of Northern California cannot now abjure, back down, backpedal, call off, cancel, forget it, go back on, have change of heart on, recall, recant, reclaim, renege, repeal, repossess, repudiate, rescind, revoke, or withdraw its position when it comes to Senate Bill 10—the ACLU is firmly dead-set against Senate Bill 10.  Therefore, logic should follow that they would encourage voters to also be against it, but for whatever reason they will just keep hatin’ on the bail industry instead.  ‘Cause that’s good public policy.

Instead, the ACLU of Northern California might want to review the testimony of Ira Glasser, Executive Director of the National ACLU, who testified against the Federal Bail Reform Act of 1984, upon which Senate Bill 10 was premised, on June 16, 1983, before the House of Representatives, Subcommittee on Courts, Civil Liberties, and the Administration of Justice, Committee on the Judiciary:

I urge this Committee not to participate in a process that we believe has no chance to significantly reduce crime or enhance the safety of the community, but has an almost certain chance of weakening constitutional guarantees.

Giving Government the power to imprison people without a trial and merely upon a guess about future dangerousness stands necessary and fundamental principles on their side.  Imprisoning many of the innocent, which is a certainty if bills like this are to be implemented and not just passed, imprisoning many of the innocent in the hope of imprisoning a few of the guilty is not only not in the American tradition, but it will not reduce crime or enhance public safety.

Many, many more people who are innocent would have to be detained in order for this to work.

As I said, short of manifest injustice to many more of those found innocent or not, there is little evidence that preventative detention effectively curbs crime and substantial evidence to the contrary.

Not only are we playing fast and loose with important constitutional guarantees, but we are in a situation where if you think there are not many [preventive detention] trials to be involved, then you have to conclude there are not many people involved and then ask what are the benefits of this bill.  If there are a lot of people involved, then you are once again clogging the courts with trials that are almost all the way but not full trials.  And if you are going to do that, why not have speedy trials in the first place.

If we could have trials in six weeks to two months, the entire problem of crimes while on bail would disappear, because not that many crimes are committed in the first 45 to 60 days.  Also, the mere fact that a speedy trial is available would be a much greater deterrent to crime than we have now, when it takes a year and half to try have a criminal case tried in a district court.  The delay exacerbates also all the constitutional problems.

While the ACLU of Northern California is not apparently thankful for the efforts of the bail industry this Thanksgiving, there is every reason to think they should be.  Unfortunately, the ACLU and their partners could not stop the legislature from passing nor the Governor from signing what it believed was misguided legislation, Senate Bill 10.  Instead, it was the person-power and resources of the bail industry that answered the call to protect the civil liberties of Californians to be free from pretrial justice by algorithm, the creation of a new dragnet of state supervision of the un-convicted termed electronic incarceration, and the abolishment of the right to bail that has existed since pre-statehood in the name of locking people up and throwing away the key.

It simply boggles the mind that the ACLU of California can say the bail industry is not interested in equal protection or equal justice under the law, when it is the ACLU which chooses to do nothing to stop Senate Bill 10 from becoming law, and, including in this instance, simply refusing to endorse repealing a bill that it believes “compromises our fundamental values of due process and racial justice.”

Fortunately for California, it will be in the voters hands in November of 2020.  Until then, the bail industry will continue to protect the right to bail and equal justice under the law.