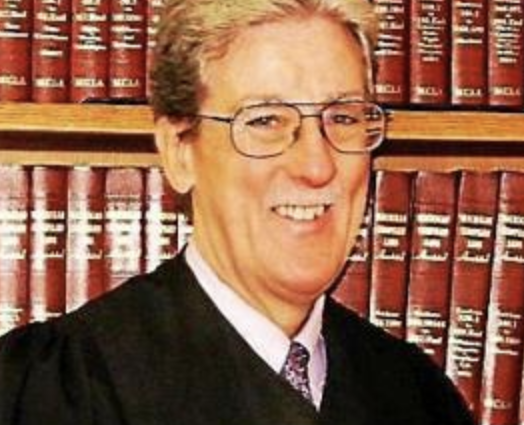 By: abcadmin
In: ABC Posts, Michigan

Milton Mack, the Michigan State Court Administrator, has been piloting a pretrial risk assessment tool in a few select Michigan counties that was built by the Laura and John Arnold Foundation (now Arnold Ventures), with the intent of deploying the tool statewide at some point.  John Arnold, you may recall, is a former Enron billionaire who wants to “moneyball” the criminal justice system with his “black box” pretrial risk assessment tool.  The purpose of the tool is to use an algorithm to tell judges how to set bail and erode the discretion of judges and the advocacy efforts of prosecutors on behalf of The People and defenders on behalf of the accused.

Many are not aware of this development in Michigan, nor are they aware of the inherent secrecy and ineffectiveness of the Arnold Foundation Public Safety Risk Assessment (“PSA”).  The Arnold PSA tool itself has been shown in peer-reviewed research not have worked in Kentucky and in fact made the situation worse.  In addition, over 110 civil rights groups, including the ACLU and NAACP, have suggested the tool is racially biased, 80 digital groups have concerns over validity and bias, and most recently, 27 prominent academics have encouraged jurisdictions to simply abandon pretrial risk assessment tools because of incurable problems relating to bias and other concerns.

In addition, the founder of the tool, John Arnold (who made millions as a hedge fund manager at famed Enron), himself has publicly advocated that the tool and the source code and data be made completely transparent to the public.

John Arnold supported legislation in Idaho that eventually became law this year that would have destroyed the proprietary nature of his secret tool, which operates by accumulating law enforcement data, court data, and other personal information about defendants and making assumptions, calculations, and judgements about such defendants without disclosing the source data. 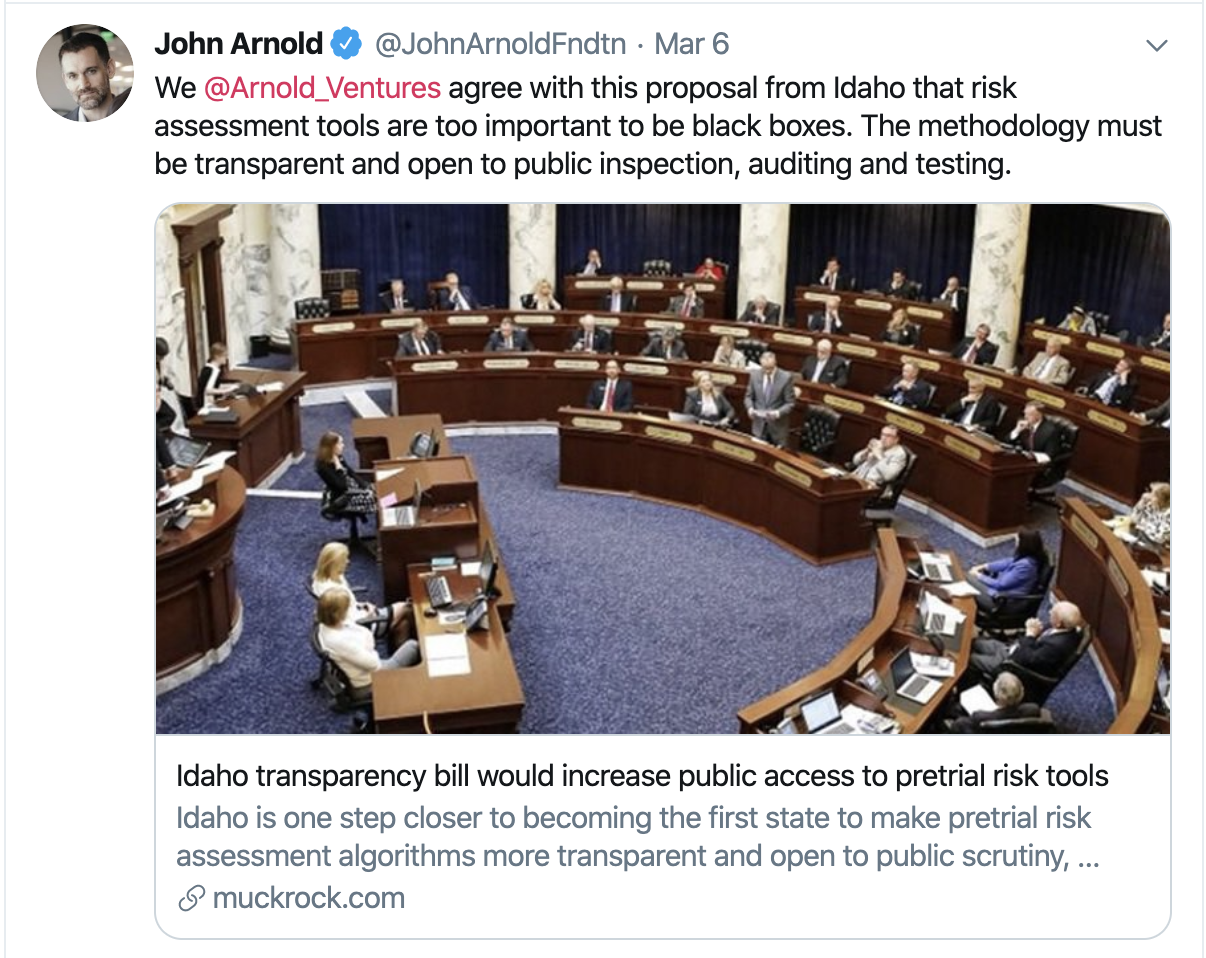 Said Arnold: “We agree with this proposal from Idaho that risk assessment tools are too important to be black boxes. The methodology must be transparent and open to public inspection, auditing and testing.”

In his submission to Law360, Representative Greg Chaney of Idaho makes the precise case for public disclosure of these tools that the Michigan Office of State Court Administration wants to specifically deny, despite receiving a couple hundred thousand dollars in taxpayer funds to pilot it.

Of course, Arnold Ventures talks a big game about this, but they still sign contracts with entities like the Michigan Courts that restrict all of the source code, calculations, and data used to build the algorithm.  They have also engaged in one other nefarious practice in a couple of jurisdictions…requiring the jurisdiction’s judges to follow the recommendations of the pretrial risk algorithm tool 80% of the time by contract.

So, what’s going on in Michigan on this issue?  The answer is quite simple—ask and you get nothing.  We made a simple request to the Michigan Office of Court Administration, which included in part the actual contract between the Michigan Courts and Arnold Ventures to make sure that the Michigan Courts did not contract out judicial discretion.  A copy of that request is here.

What we got in response was a complete road-block.  Michigan State Court Administrator Milton Mack said: “As you may know, the judiciary in Michigan is not subject to the state’s Freedom of Information Act.”

In other words, you ain’t getting nothing.

Second, he did offer to share with us the “validation results” of the pilot project in the “fall of 2020” – another way to completely maintain the secrecy of the Arnold Foundation’s tool in Michigan.  In addition, all of the criminal history information that is collected on people in Michigan, derived from various state and federal crime databases including the FBI’s NCIC, is something the State Court Administrator is going to easily hand over to a private foundation with little strings attached, but then he has no interest in providing it to anyone else ever, even after the fall of 2020.

State Court Administrator Milton Mack should instead be receiving a check from Arnold Ventures as the Chief Excuse-Maker for the Arnold Foundation’s continued campaign in favor of their own secrecy.  After being completely stonewalled, we then decided to ask a few simple questions.  One, are ALL Michigan administrative court records secret?  Two, we simply asked for just the contract signed by Mack with the Arnold Foundation.

Well, a month has now gone by, and nothing from State Court Administrator Mack.  He is telling us, the public, the legislature, judges, and everyone else that there is no need for transparency.  Trust us, we’ll get it right.  Which reminds us of an old saying, that is relevant here: trust, but verify.  In this case, there will NEVER be any public disclosure or independent third-party verification of any of this, despite the fact that the guy who gave Mr. Mack the tool thinks there should be.  But, if you’re presiding in the ivory tower of the Michigan Office of Court Administration, why be transparent at all.  Ignore the little gray-haired man behind the curtain and reaffirm your faith in the great powerful pretrial justice algorithm of Oz.

Instead, it is time for the public, the legislature, and judges to demand the transparency of the Arnold Foundation PSA.  The builder of the tool agrees it is necessary to have full disclosure, but Michigan Court Administrator Mack would rather keep it all secret to protect what has turned out to be an ineffective solution.  Better to be secret than wrong, we suppose.