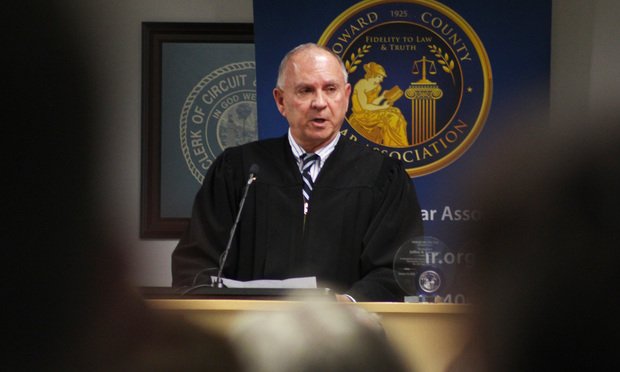 By: abcadmin
In: ABC Posts, Florida

Last week, Broward County Chief Judge Jack Tuter implemented a no money bail schedule for certain crimes, depriving of judges of consideration of the facts and circumstances of each case prior to imposing bail.

While the policy makes clear that judicial discretion is maintained, that will prove to be hollow hope because a judge can’t raise a bond and require more security after the defendant has already taken off.  Booking officers, who have discretion to hold defendants under a “pose a danger standard” are not going to get into the business of over-ruling Judge Tuter, which has been starkly clear from other reforms where judicial power is delegated inappropriately to law enforcement officers.

The new bail schedule sets bail at $0 for all crimes below third-degree felonies and below.  Regardless of how many times you have already done the crime, and regardless of you have a multitude of failures to appear in court.  To make matters worse, bails are set arbitrarily low in first- and second-degree felony cases, which, respectively, carry prison term of up to 30 and 15 years.  First degrees are set at $15,000, while Second Degree felonies are set at $7,500.  That means that those charged with the highest levels of crimes in Florida can get out of jail for a $1,500 bail premium when facing up to 30 years in prison, and only a $750 bail premium when facing up to fifteen years in prison.

A look at the policy reveals that Judge Tuter has sorted people into arbitrary categories based solely on the crime charged.  This is not evidence-based and contravenes the equal protection clause of the Fourteenth Amendment.  Research for generations, which is uncontroverted, has found that the crime charged by the prosecution is no indicia of the pretrial risk of a defendant—other circumstances, that judges consider, are.  This includes mostly variables related to prior crimes committed and prior pretrial failures, i.e., failing to show up for court or committing misconduct while out on release.

The reason given for these policies is not to protect public safety.  Instead, this was done for the sole reason that Judge Tuter “saw a great disparity” ostensibly between persons who posted bond and those who did not.  No evidence for that proposition has been presented, nor has any evidence been presented as to the racial and socio-economic make-up of the victims of such crimes.  No argument of racial disparity can proceed without such analysis.  In fact, Judge Tuter should look at the criminal history and prior failures to appear of those who remain in jail about whom he is concerned and release that data to the public.  If he did, he’d probably find out what New York found out: that the average defendant who remains in jail are twice as risky as their counterparts who post bail.

MUST WATCH > The Roll of Monetary Bail

In New York, a study of so-called “low-level” defendants who remained in jail found that they had eighteen prior strikes against them on average: 10 prior convictions and 8 failures to appear on average. When we base pretrial criminal justice on the conduct of a person, and not the myth of a current charge, it turns out there is a whole lot more to the story than what the State’s Attorney is going to lodge as criminal charges today.

If that is not enough, New York all but undid the bail reforms that looked strikingly similar to these reforms in Broward County just last month.  Just over the weekend, Los Angeles District Attorney George Gascón, a noted reformer, reversed his special directive on bail that was done for the precise same reasons as Judge Tuter’s order, arguing that reversing the no money bail policy for certain offenses was needed to protect public safety, a proposition that squared with the opinion of California voters, who rejected the no money bail system outright in the last general election.

Further, while Harris County, Texas is not planning to undo their bail reforms, there is every reason to suspect such reforms, upon which Judge Tuter’s policy is clearly based, have been an epic failure.  The Harris County Peace Officers’ Union recently released a report that details the effects of misdemeanor bail reform, based solely on Judge Tuter’s philosophy of he’s rich, he’s poor, and that’s not fair.  Well, was it fair to the community and victims of crime?  We think not.

The failure to appear rate as a result of these polices in Harris County is now standing at 76%.  Fewer than 1 out of 4 defendants actually show up!  On top of that, 72% of all cases are dismissed, likely due to the 170% increase in court backlog as result of the reforms.  Only 26% of misdemeanor cases were dismissed prior to the reforms.  Thus, if this is what the citizens of Broward County want, they’ve now got it.  And Judge Tuter will respond thusly: Judges still retain discretion to set bonds when they need to.  Which, as noted, doesn’t do much when the defendants have already fled.  If judges retain discretion, with all due respect, why is this policy needed in the first place?

The exceptions save the law is the excuse we are going to hear.  In fact, the exceptions only allow the “booking officer” to hold the arrestee for “good cause shown.”  The examples given are an extensive criminal history or if the accused “poses a public safety threat.”  Interestingly, the risk of failing to appear in court is not listed as “good cause.”  Unfortunately, booking officers are not judges, cannot appropriately apply the law, should only be charged with conducting ministerial acts, and thus should not be delegated the power to make a release decision.  This is tremendously great for the judges because when someone gets released and commits another crime, the judges can simply wash their hands of it.  It will always be the booking officer’s fault, who will ultimately be sued for not having a coherent policy resulting in the illegal detention of some defendants, all of whom eventually will file petitions in habeas corpus.

Interestingly, Broward County has made a habit of using racial disparities as a reason to do criminal justice reform, but then when they implement these policies, bad things happen and it blows up their collective faces.  In fact, a few years ago, the solution to the money bail problem was to use a pretrial risk assessment tool.  The tool used in Broward County was then found to be racially biased in an award-winning article called Machine Bias.  That article alone triggered a tsunami of national research that discredited the pretrial risk assessment tools, and has now in essence stopped that movement.  So, that is the upside—if Broward County is going to implement a zero-bail system, it is likely to fail and trigger a national movement against it.  But, unfortunately, bad results have to happen first.

One thing is for sure, we could legally eliminate this order in federal court.  But we don’t need to.  We know it is unfortunately going to cause a major nightmare for the Fort Lauderdale community, who, after learning the lessons from no money bail reform, will eventually reverse it.  Or, things will get so bad, booking officers will swallow the rule by saying, appropriately that the standard of “pose” a danger is so low that everyone can be held, only to go on to be sued for making legal orders in an ex parte fashion.

We hope the victims of violent crime, who are by and large living in historically oppressed communities, can withstand the onslaught brought about by this policy.  In New York and Los Angeles, that was not the case.  At the end of the day, we simply don’t think the public are going to put up with it.  The only outcome of this policy will be damage to public safety since the only defendants who will be helped by these policies are those who would have otherwise remained in jail.